The following excerpt is taken from History of the Town of North Harmony written by Floyd L. Darrow, 1953

“As Mr. Earle W. Gage has said of this village enterprise, “Certain it is, few movements enjoyed a more humble origin than did the Ashville Free Library”.

The idea of establishing a community library had its origin in the Mother’s Club of the village in 1912. Under the leadership of Mrs. Josephine G. Loomis, books were regularly obtained from the Department of Education of the State of New York and made available to many interested people. Thus, the traveling library was born.

Then the Social Progressive Club. under the direction of Mrs. Grace Ramsey, introduced the subject of establishing a village library at one of its meetings in the summer of 1913. As a result, Mrs. Elizabeth Bemus, librarian at Bemus Point, was invited to a special meeting at the home of Dr. and Mrs. Elmer Powers to discuss the matter.

Following this, a second meeting was held on October 30, 1913, at the home of Mrs. Eliza Abbott in the Hotel to consider the matter of having a permanent library in the village. Mrs. B.P. Diffily presided at the opening of the meeting at which Mrs. Mina Bouton was elected chairman and Mrs. Loomis secretary. Others present were Mrs. Ramsey, Mrs. J. Samuel Fowler, Mrs. C.A. Weld. and Rev. Frank H. Frampton.

The following resolutions were adopted:

First, that an organization be formed to be known as the Ashville Free Library Association, for the free distribution of books and periodicals in Ashville and vicinity.”

Second, that anyone living in Ashville or vicinity may become a member of said association upon the payment of one dollar.”

…..An appointed committee drew up and submitted a Constitution and By-Laws which were adopted. Then the matter of finances came to the fore, and Albert B. Sheldon of Sherman, who had learned of the project, mailed a check for $10.00. Soon, a campaign for subscriptions, mostly of $1 each, increased this $101.50. Mr. Gage, at this time, also made a gift of 136 books from his private collection.

An additional sum of $31.33 was raised by further subscriptions, some of which were as low as $.10. Then a hometown talent entertainment play was put on, and this netted $61.30. Its title was “The Deestrick Skule” and it was presented in the Grange Hall on the evening of June 2-3, 1915.

…and Mrs. Bertha K. Bly gave up her duties of librarian because of her absence in the winter months, Mrs. Kate Bly succeeded her for a short time at the salary of $20 a year, to be followed by Mrs. Josephine Loomis at $26 per annum.

…In 1917, Mrs. Abbott generously took over housing the library in the Hotel, where it remained until 1920. The Funds then available amounted, all told, to be $39.79, of which $30,00 were boldly appropriated for books and to this the State added an equal sum.

Still, the matter of finances was impressible coming to the fore. More money was imperative. To a growing number, the matter of securing public support for the continued maintenance of the library seemed the only course. Accordingly, the following proposition was presented to the taxpayers of the Union School District N.3 in May 1920. “Shall the taxpayer vote to raise, by taxation, the sum of $200 per year for the maintenance of the Ashville Free Library Association?”

Immediately, the village began to seethe with discussion, pro and con. One individual asserted that she could not, more would not, vote to spend one cent of money for a library that shelved such nonsense as “Mark Twain by Huckleberry Finn!”

The “no’s” won by an overwhelming margin. Then notice went up that all outstanding books must be returned, for the library would be compelled to close. That woke people up. A committee visited the Board and asked that the library be continued. They were told this could not be done without funds. Immediately, petitions were circulated and in the neighborhood of $160 was quickly raised. For the first time, the people began to realize how much the library meant to the community.

….On September 1, 1931, the former residence of the late Carl Eckdahl was purchased at a cost of $2500 as a permanent home for the library.”

The idea of moving the library to its present location came in July 1973 as a result of three area men talking and having coffee at Mildred’s Restaurant. A discussion of the possibility of converting the Grange Hall into a library ensued. These men, Richard Nichols, Orrin Parker, and Paul King were concerned that the present location was in a dangerous place, located in the main four corners. So Mr. Nichols talked to the library board and Mr. Parker spoke to the Grange, which was down to a few members and thinking of dissolving, and the Grange voted to donate the 32 by the 60-foot hall to the library.

The work of converting the Grange Hall into a library was completed in the Spring of 1974 at which time many volunteers helped in the transfer of the many volumes of material to its present location.

Volunteers have always been the cornerstone of the Ashville Free Library and will continue for, hopefully, many, many years to come. 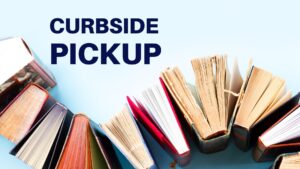 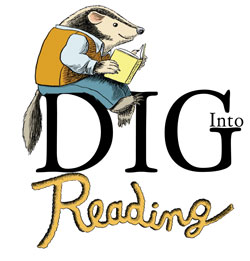